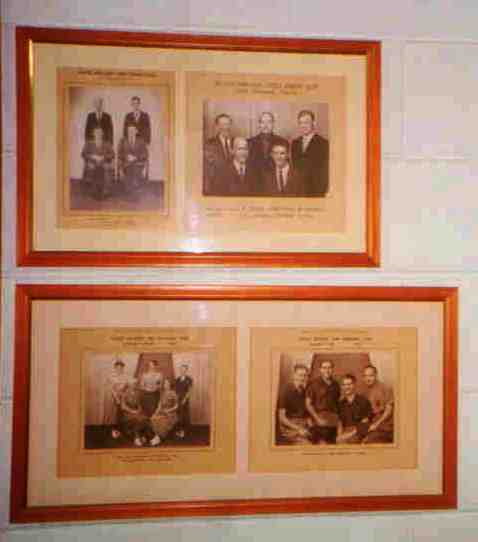 The Payneham Table Tennis Academy had its beginnings in 1946 as the "Burnside" Club. In about 1954, the Club changed names to "South Adelaide", although it appears that the "Burnside" name was also used until 1958. The name "Payneham" first appeared in 1969 when the club was known as "The Payneham District Table Tennis Club". Competition table tennis has been played under that name ever since. The word "Academy" was probably introduced into the club name around 1965 and the clubrooms were officially re-named the "Payneham Table Tennis Academy" in March 1970. The reason for "Academy" is uncertain, but it seems related to the idea of "a place of learning". This is consistent with the emphasis that was placed on junior coaching.

Initially the club operated from various church and community halls in the Kensington area including beneath the Kensington Oval grandstand. The Club moved into the current clubrooms in Sullivan Street, Firle, in about 1964. At the time the hall was run by the "Progress Association". Arrangements with the Progress Association ended about mid to late '60s and from that time the club hired the hall from the Payneham Council (now the amalgamated Norwood, Payneham and St Peters Council). The arrangement has worked well, and the Councils have been very supportive of the Club over the years.

At that time the Club moved into the clubrooms, there was only a basic structure comprising a galvanised iron shell with a bitumen floor. The present jarrah floor was installed in 1972 and paid for partly by the Club (from fundraisers) and partly by a loan from the Payneham Council which was repaid by 1981. In 1975/76 the walls were lined. The Council paid for the materials and the club supplied the labour. The passageway, storeroom, toilets, kitchen, lounge area, and practice area were added by the Payneham Council and were officially opened in 1986. Upgrades since that time have included installation of a wooden barrier between the passageway and playing area, better lighting and more recently, installation of air-conditioning.

It is assumed that initially, the club consisted of a competitive division and a junior coaching division under the management of a single committee. Committee arrangements were changed in 1970 because of a financial crisis.

From that point on there were two committees, one focussing on management and the other on table tennis.

For a large part of its history, the club focused on junior coaching and competitive table tennis. In the early '80s, the competition group, The Payneham District Table Tennis Club, was unable to pay its playing fees to the Academy Management Committee, resulting in the Academy recording losses for 1982/3 and 1983/4. It was realised that unless the Academy could be revitalised, retention of the clubrooms was at risk. Fortunately social players (particularly seniors) began to show an interest in table tennis and a small group started playing on Mondays. Initially the social players were seen as a convenient revenue source and were not taken seriously. However, the group continued to expand and the clubrooms were opened for social play on Wednesdays, Thursdays and Saturday afternoons. It wasn't long before there were more social players than competitive players. Social players also began to sit on Committees simply to keep the Club going.

The club was developed and sustained by competitive players for forty years and there is in place today a constitutional commitment by the Academy to competitive table tennis.

Numbers of competitive players have gradually increased over the past few years and this year nine Payneham teams of either three or four players, are competing in the South Australian Table Tennis Association Winter Pennant Competition.